Spooks was completed at Northumbria, as part of second year.

As a group of five we were tasked to create a physical board game, with an accompanied app and video to promote the game. We decided our target market should be young children, early on in the project, as this would play a vital part to our theme, design style and game mechanics. We wanted a game that was easy to understand and quick to play to keep the attention of the audience.

We found with research that a theme of friendly monsters was a popular topic amongst children.

With this in mind we were in need of a setting for the board game. An idea of an ever changing expandable game brought us the idea of rooms in a house. This meaning the main board was made up of four separate boards representing different rooms in the house. The boards able to be removed and replaced with expansion packs as children love collecting. This flowed into the digital side of the brief, in which we decided to create an application in which the children can create their own monster from a selection of pre-designed shapes and colours. They can then go on to name their created monster and look after it within different rooms of the house to keep it a happy monster. 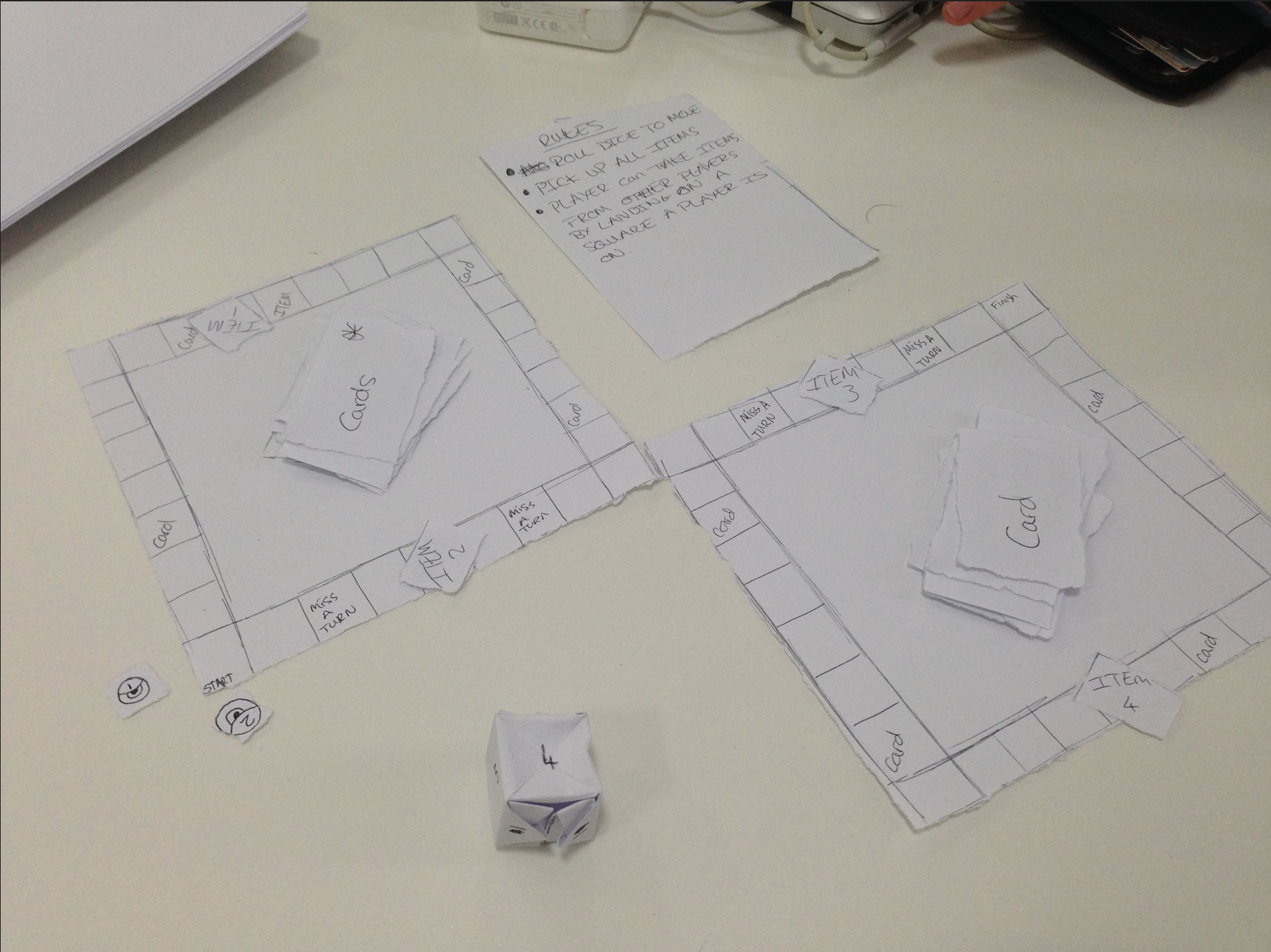 Who are the Spooks

Once upon a time in a land far far away called Spookville there lived some Spook’s, in their spooktacular world. Spookville is a warm and cosy village, with lots of little monster houses in which the spooks live. The Spook’s live just like us humans, they drive cars and go to work while the children Spook’s go to school.

Spookville has a connection to our world through a magic door, in which the Spook’s sometimes escape through when they pay visit to their friends here on Earth. 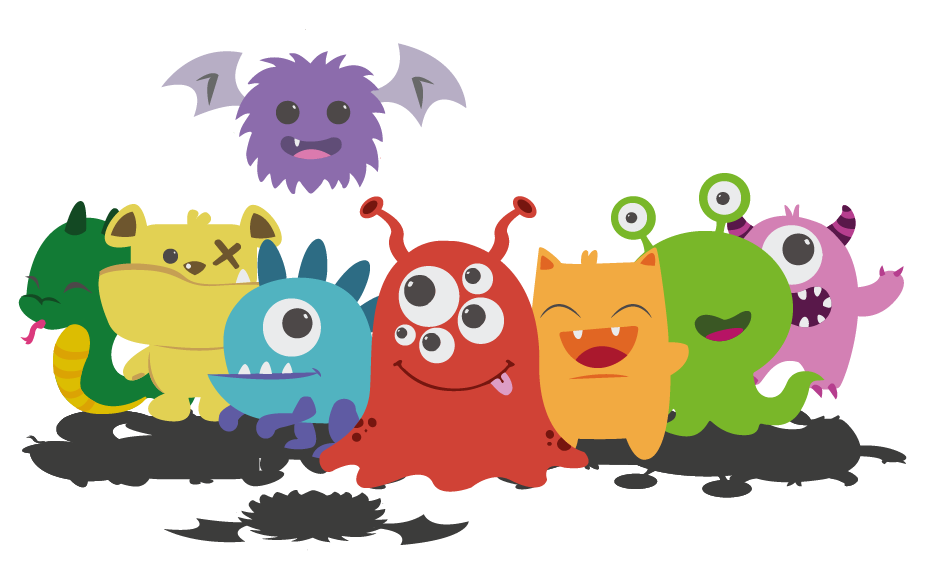 Designed to be interchangeable each board comes as a different room in a house piece with a two hollow section in the base allowing for connection through a unique fastener. The game allows for any four boards to be connected together, resulting in the same game play but in different locations. This making an ever changing appearance to the game allowing for children to be more engaged with the game.

To show our concept we developed five boards, the lounge, kitchen, bathroom, bedroom and study. The boards were produced to a high quality using CNC machinery to mill out the boards and to create the connectors. The board design was then printed in Vinyl and laminated for that high quality finish. This was then applied to the boards to create a finished board game. 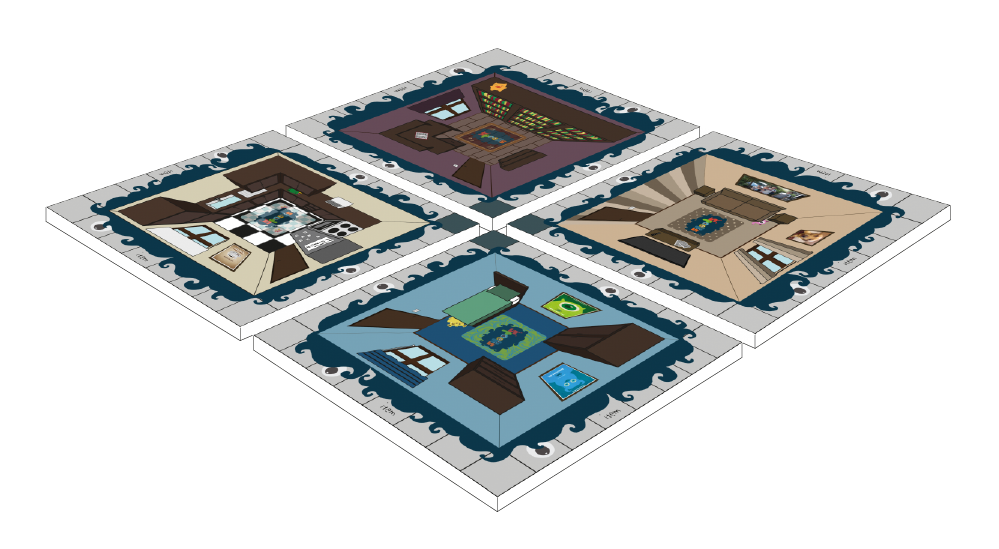 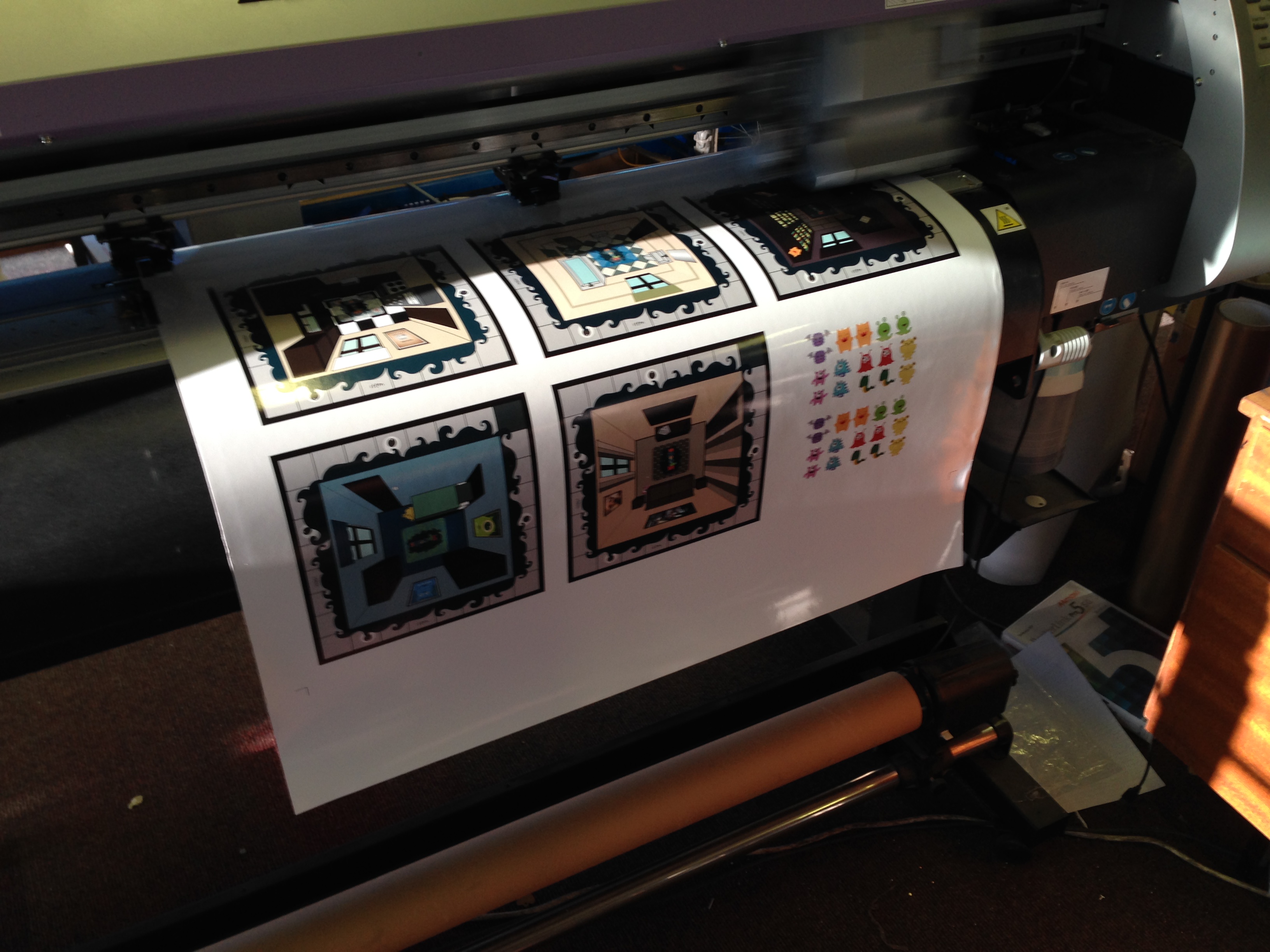 Keeping within the theme of the board game, we created a digital game which allowed the users to look after their own personal monster in a digital environment replicating the boards they have physically.

The character is given a status which is effected by each room. So the bedroom relates to energy and hunger relates to the kitchen. As users expand their board game and add in the room to their digital Spooks world more stats appear. The user can move through the rooms to increase their characters status and make it happy. The monster will be hiding so you have to find it first. The user is also able to take a picture with their custom monster.

Users are able to customise their own personal monster by choosing from pre-defined body shapes, eyes and mouths. From this the user is able to colour in their monster from a choice of colours. Finally they are able to name their monster and give it a place of birth and date of birth. 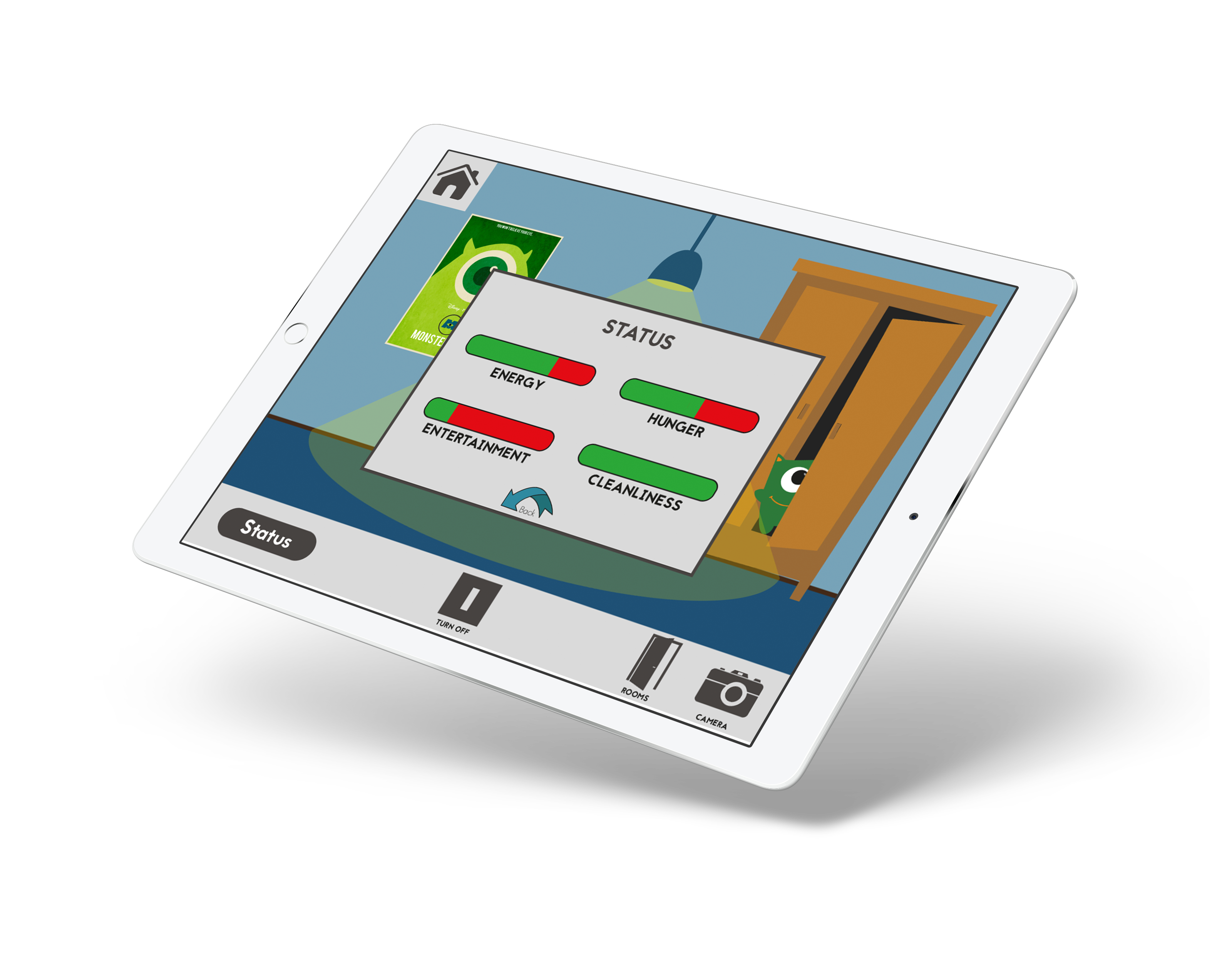 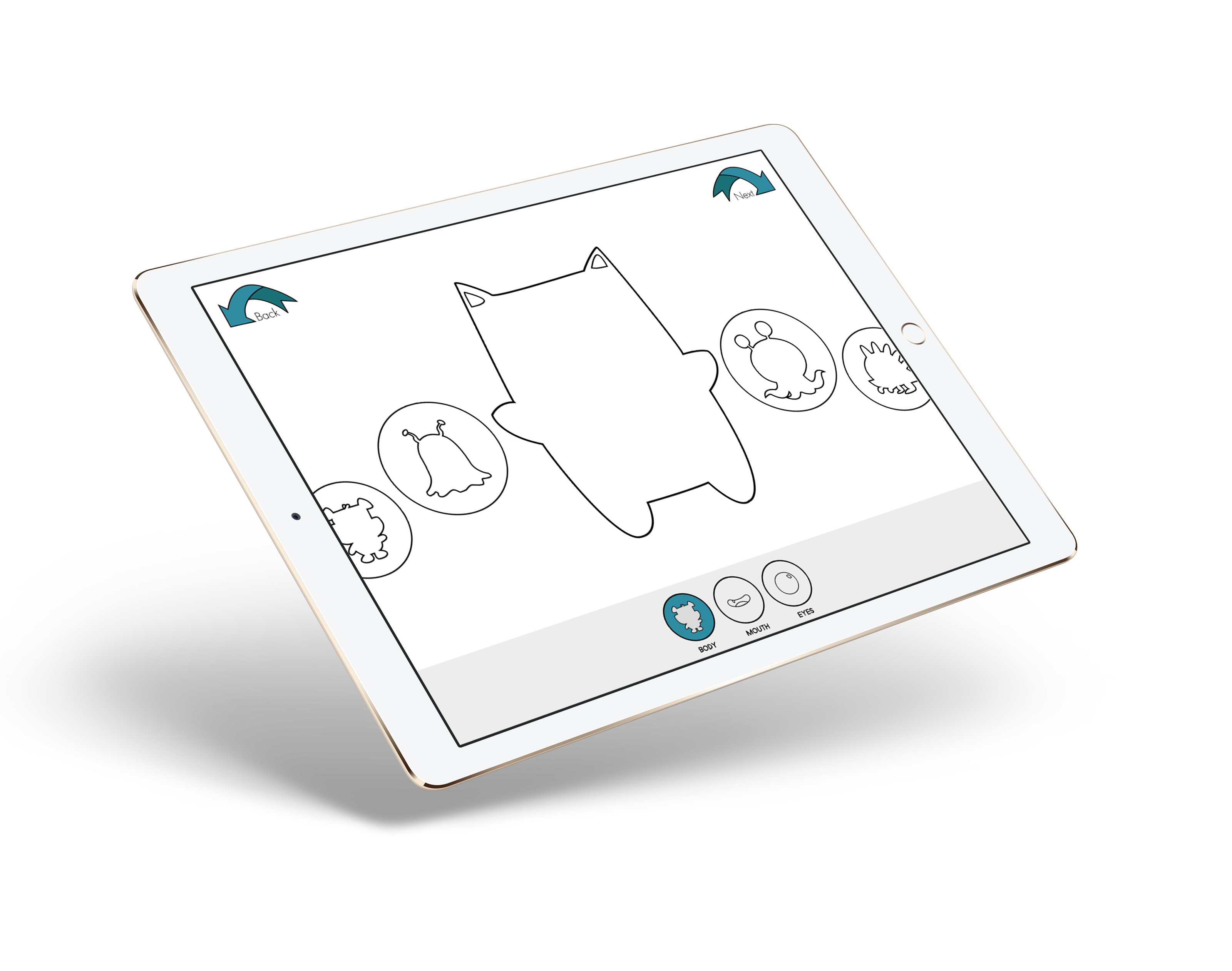